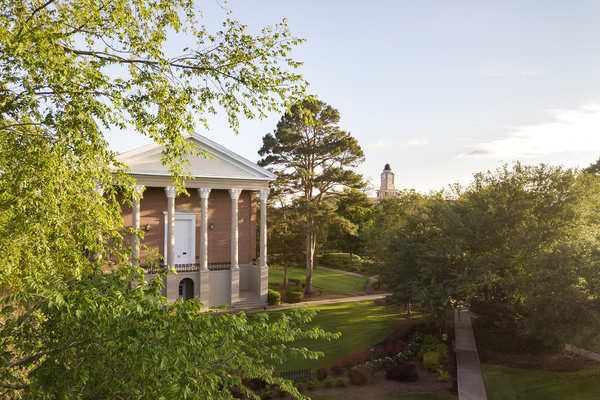 President's List Announced for Fall 2019
The Mississippi College Office of Academic Affairs releases the president's list after the close of fall and spring semesters each academic year. To be eligible for the President's List, a student must maintain a 4.0 grade point average, based on a 4.0 system. The student must take a full course load of at least 12 semester hours of undergraduate credit with all academic courses impacting their grade point average.

Honors List - May 27
Dean's List Announced for Fall 2019
The Mississippi College Office of Academic Affairs releases the dean's list after the close of fall and spring semesters each academic year. To be eligible for the Dean's List, a student must maintain a 3.5 grade point average, based on a 4.0 system. The student must take a full course load of at least 12 semester hours of undergraduate credit with all academic courses impacting their grade point average.

Honors List - May 27
Hall of Fame Recipient
Established in 1960 to honor four senior students for outstanding leadership ability, scholastic achievement, extra-curricular activities participation, contribution to student life and dedication to the serving of God and fellowman. 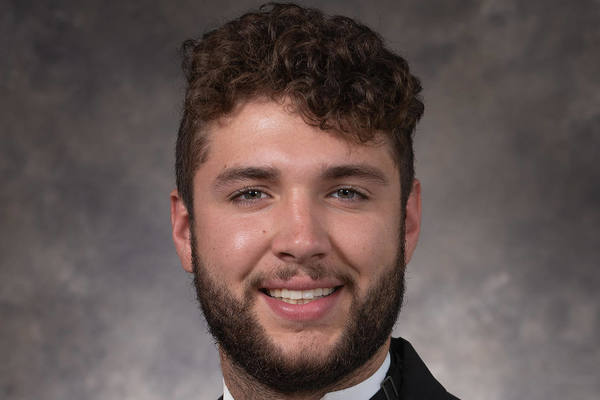 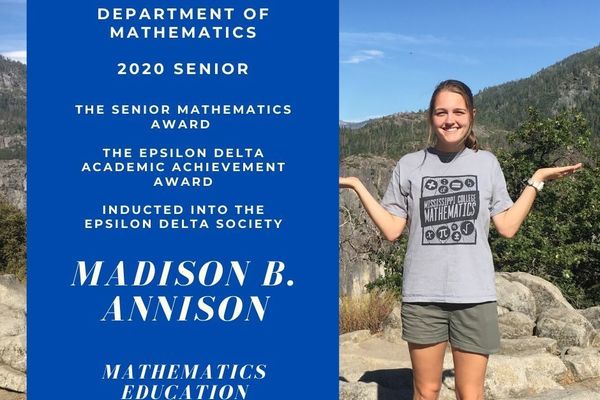 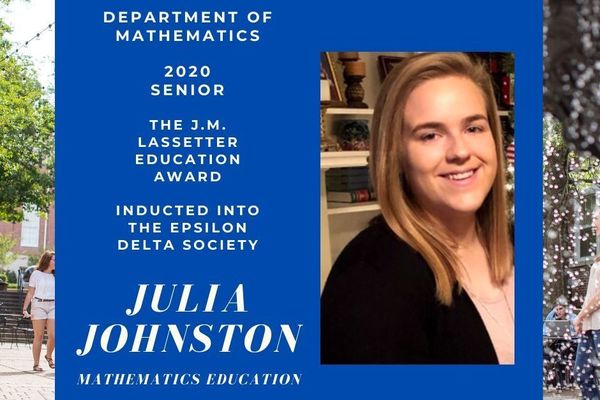 Julia Johnston of Florence Awarded from the Department of Mathematics
2020 Senior Julia Johnston was awarded with the J.M. Lassetter Education Award and inducted into the Epsilon Delta Society.
JJ

Academic Award - May 18
Rachel Reed of Abbeville Awarded from the Department of Mathematics
Rachel Reed was given the James V. Burnside Scholarship Award in 2020.
RR

Academic Award - May 18
Aaron Feazelle of Diamondhead Named Scott-Swor Founders Award Recipient
Conferred upon the senior student who has been chosen for having made a significant contribution to student life of the college exemplifying the ideals of the founders of the College, and their successors, in quality of living, leadership, and service. It is named in memory of Dr. Charles W. Scott and Dr. Chester E. Swor.
AF 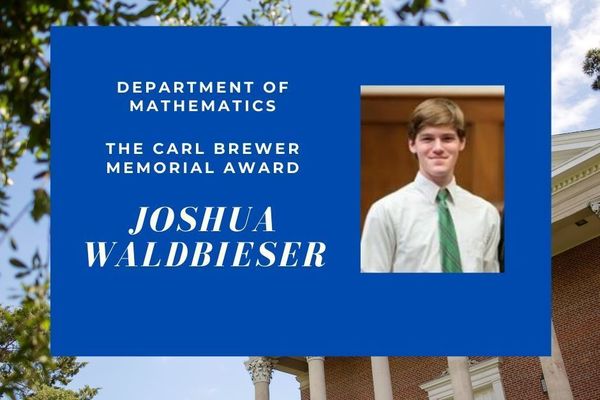 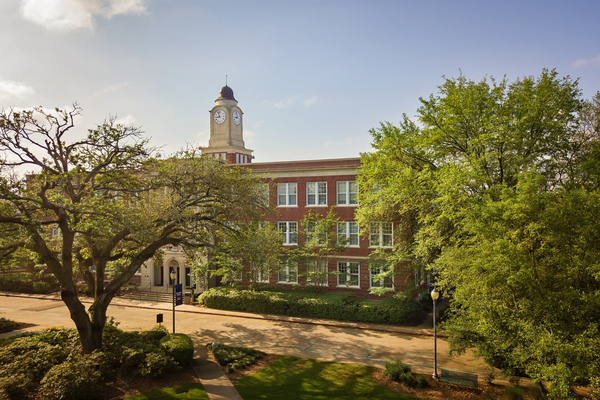 Who's Who Recipients
Selection to Who's Who at Mississippi College is made on the basis of student scholarship, participation in academic and extracurricular activities, citizenship and service to Mississippi College, promise of future usefulness, character and loyalty to the ideals of the College. 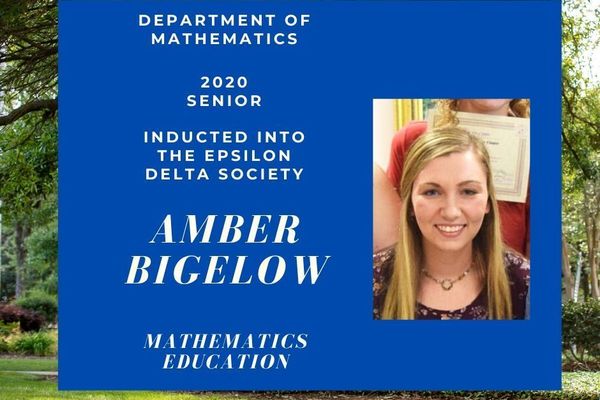 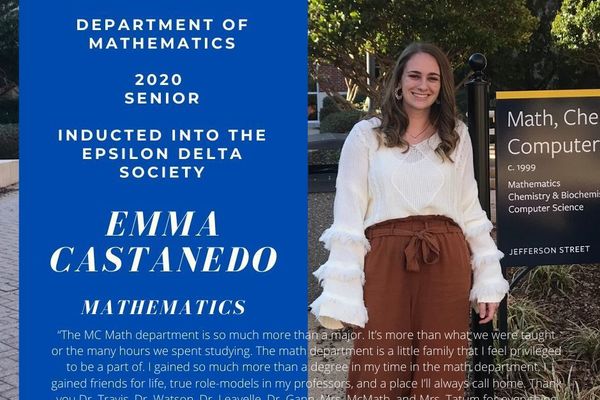 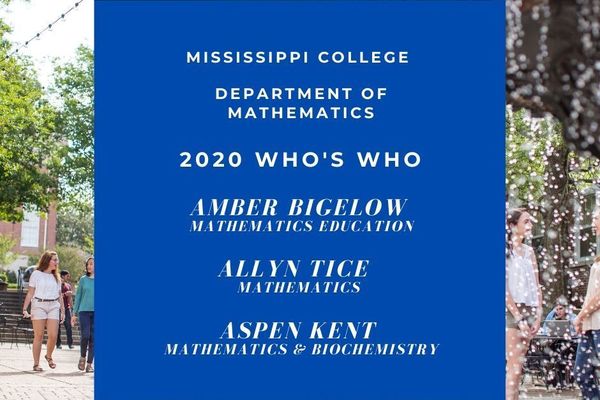 Who's Who - May 18
Jordan Faison of Madison Given the Norman E. O'Neal Religious Education Award
This award, provided by Dr. and Mrs. Norman O'Neal, is given annually to the junior or senior Christian Studies and Philosophy major or minor who is deemed by the Christian Studies and Philosophy Department faculty to show the greatest promise of future usefulness in this field of religious education. 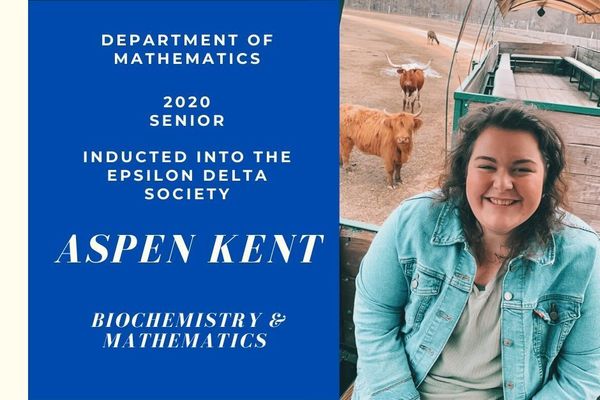 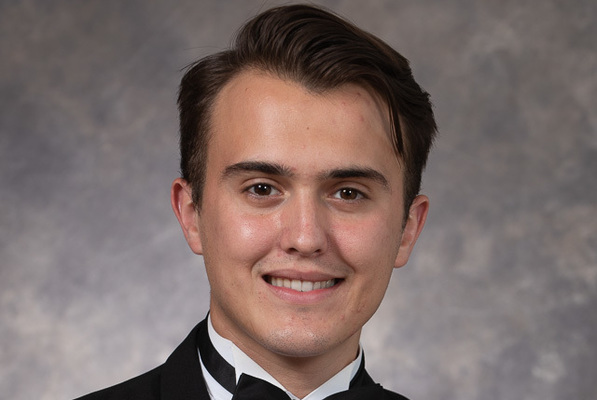 John Michael Ladner of Gulfport Named Mr. MC
Selected by the student body as a man and woman who best typify the ideal Mississippi College student. 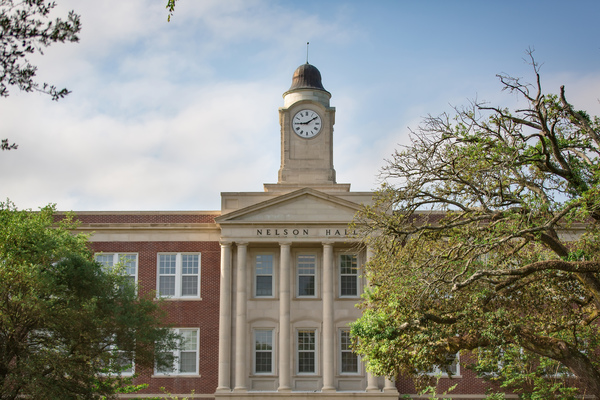 Achievement (Other) - May 12
Will Nabholz of Clinton Adapts His Student Teaching Due to Coronavirus
Will Nabholz never envisioned his student teaching duties would require a major makeover due to the COVID-19 pandemic. A Mississippi College senior, Nabholz learned to adapt as he teaches Advancement Placement biology classes online at Madison Central High.
WN 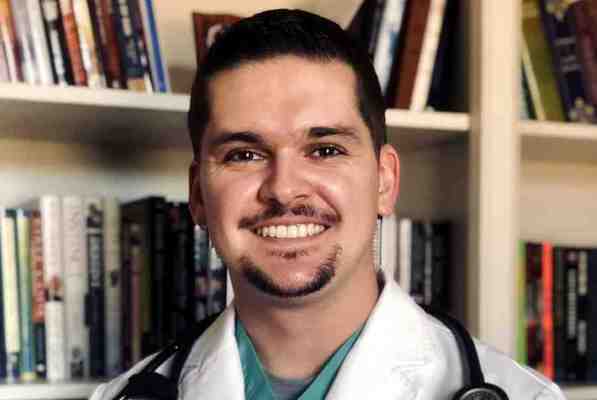 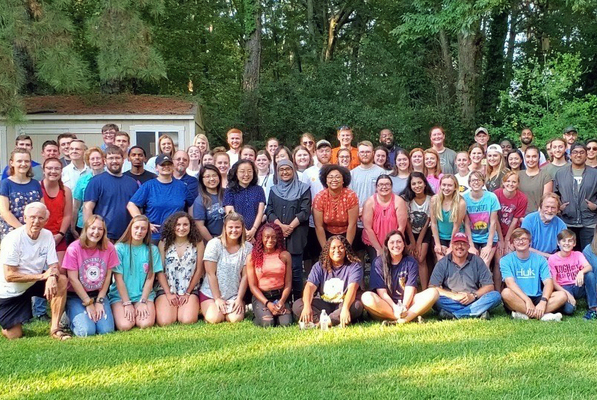 Kayla Ryan of Picayune Speaks of the Award Winning Chemistry Club at Mississippi College
Kayla Ryan loves tutoring students at area schools as a member of Mississippi College's chemistry club. It is one of many activities for the award-winning chemistry club recently winning a prestigious award. The honor comes from the American Chemical Society. MC's club is recognized in "In Chemistry Magazine."
KR

Club or Organization - May 12 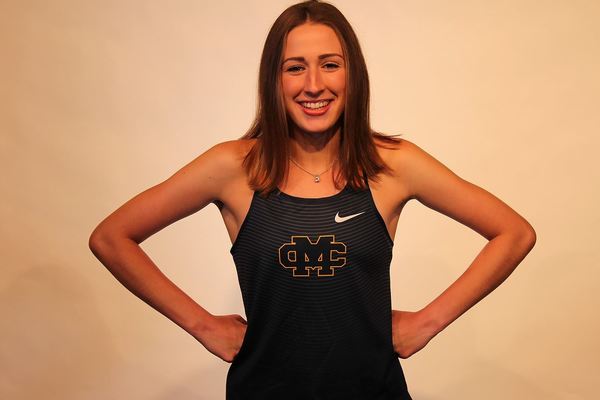 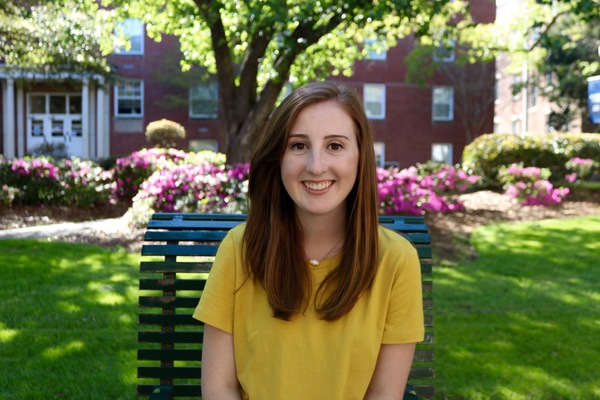 Peyton Pope of Saucier Interns with Congressman Steven Palazzo
Peyton Pope cherishes the time she can serve her home state of Mississippi. So the Mississippi College student is thrilled to take her next step: as a summer intern for 4th District U.S. Rep. Steven Palazzo in Washington.
PP

Academic competition - May 12
Baylee Freudenberg of League City Named GSC Softball Player of the Week
Sophomore Baylee Freudenberg has been named Gulf South Conference Softball Player of the Week, it was announced on Tuesday (March 10). Freudenberg (League City, Texas) hit .538 (7-of-13) with four home runs, two doubles and seven RBI as the Lady Choctaws went 5-0 on the week, including a three-game road sweep of Shorter. For the week, Baylee posted a .647 on-base percentage with a 1.615 slugging percentage, reaching base on 11-of-17 plate appearances over five games.
BF 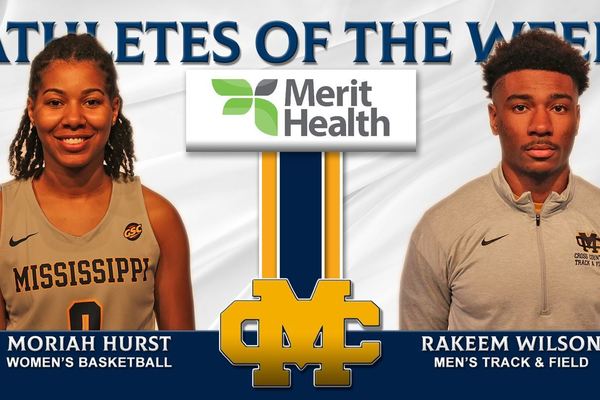 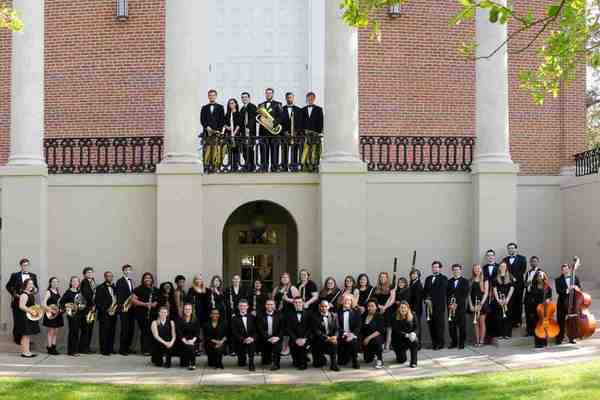 Mississippi College Symphonic Winds Orchestra Set for March 2 Concert
Featuring the music of legendary American composers, the Mississippi College Symphonic Winds orchestra is set for a free concert on the Clinton campus. The March 2 event in Swor Auditorium begins at 7:30 p.m. and the public is invited. "It's going to be a great concert," says MC band director Craig Young. 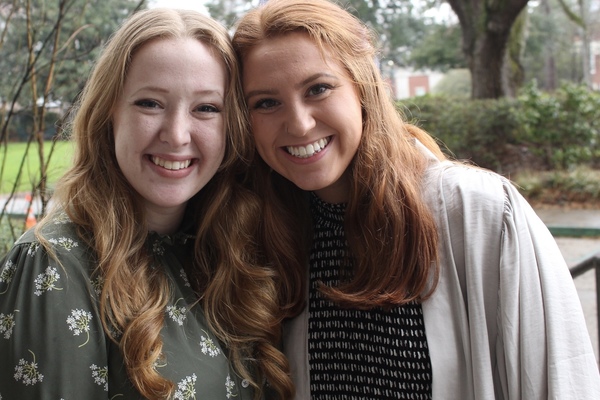 Internship - Mar 6
Tiberias Lampkin of Sturgis Inks Deal with Omaha Beef of Champions Indoor Football League
Former Mississippi College standout running back Tiberias Lampkin has signed on to play with the Omaha Beef of the Champions Indoor Football League, it was announced on February 18th. Over his two seasons (2017-18) in Clinton, Lampkin (Sturgis, Miss.) racked up 1,426 rushing yards with seven touchdowns, including a career-high 126 rushing yards and two scores against Florida Tech (Oct. 6, 2018).
TL